After our previous article:

Our clients have asked for more analysis.   I continue to use JP Morgan’s top notch resource for market and economic data in easy to digest slides.

Myth 1 – Market is going to drop because interest rates are going up.

False, as the chart below shows, when 10 year treasury yields are below 5% the stock market actually is positively correlated and rising rates are associated with rising stock prices.  This fact actually makes sense.  If the market is tanking, the Fed will be unlikely to continue to raise interest rates.  Whereas a market that continues to rise despite the Fed raising rates will cause the Fed to continue to raise rates until it reaches the tipping point where rates begin to hurt growth.  It should not no surprise the number is 5% as inflation is typically in the 4% range. 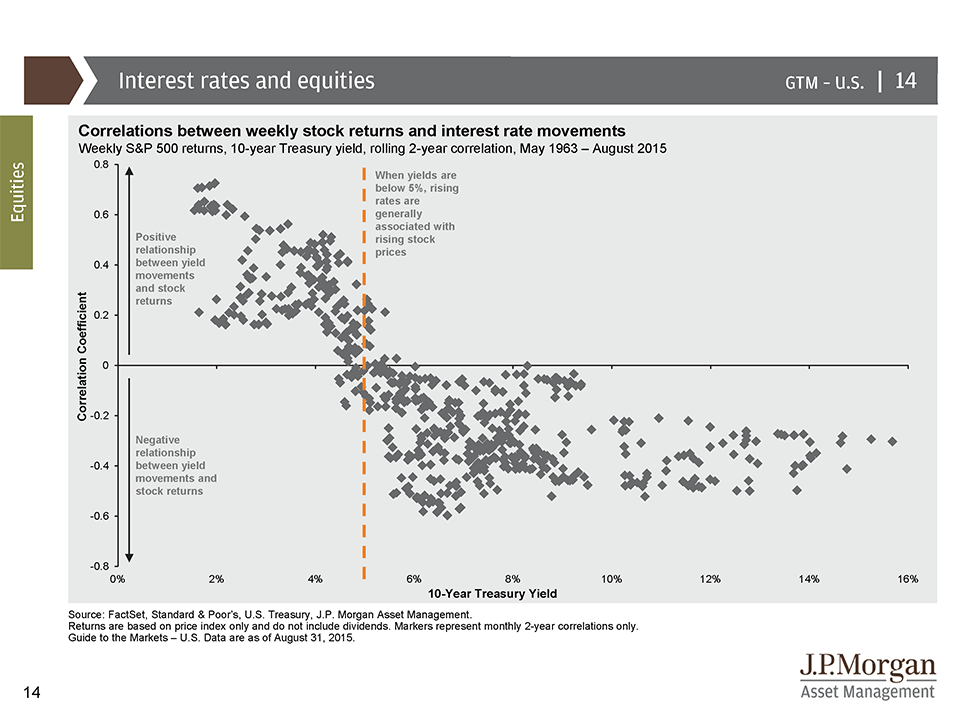 False, Corporate cash is at an all-time high as a % of assets, dividend payout ratio is increasing but not at an unsustainable level, capital expenditures and acquisitions are on the rise indicating businesses feel good about the future.  So even with dividends increasing and share buybacks increasing, cash on the companies balance sheet has continued to rise. 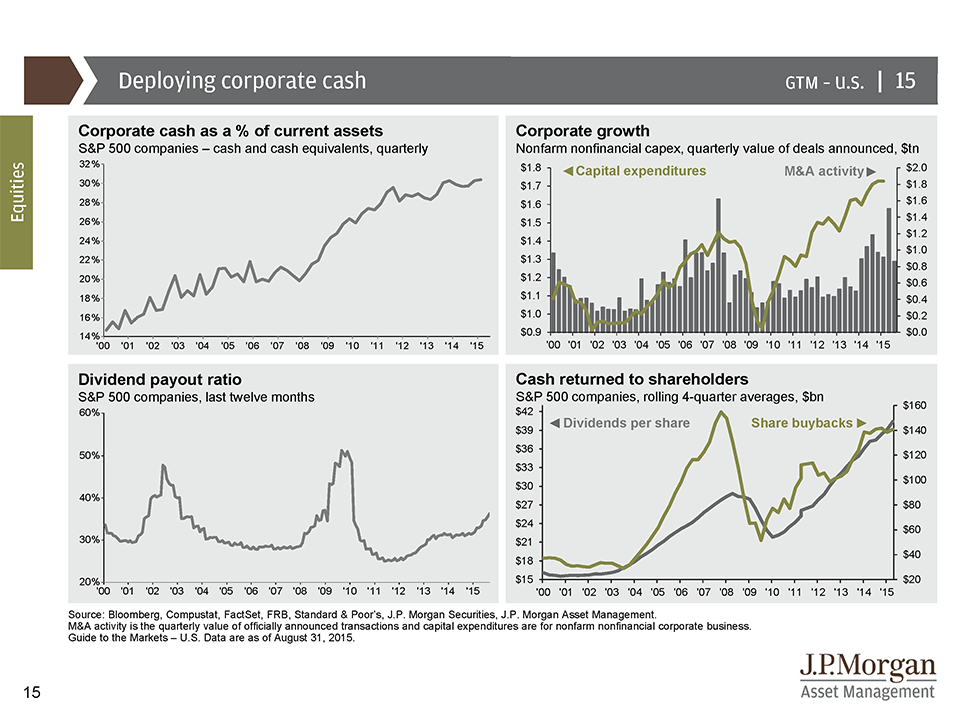 Myth 3 – Bull Market has run for 7 years, we are due for a major correction

While it has been a long bull market, we typically call a bear market a 20% drop in the stock market.  We have had several recessions that have not resulted in a bear market (as shown by gray areas in chart below).  For example, from 1946 1961, there was 15 years between bear markets.   From the 1987 market crash until the tech bubble bursting we had 13 years.

Further, most bear markets have coincided with multiple factors affecting.  For example, a recession, commodity spike, and aggressive fed tightening were all factors leading the bear market of 2008.

So currently, the only factor that does concern me is the possibility of a recession and even if we have a recession, does not mean we will have a bear market where we lose 20%. 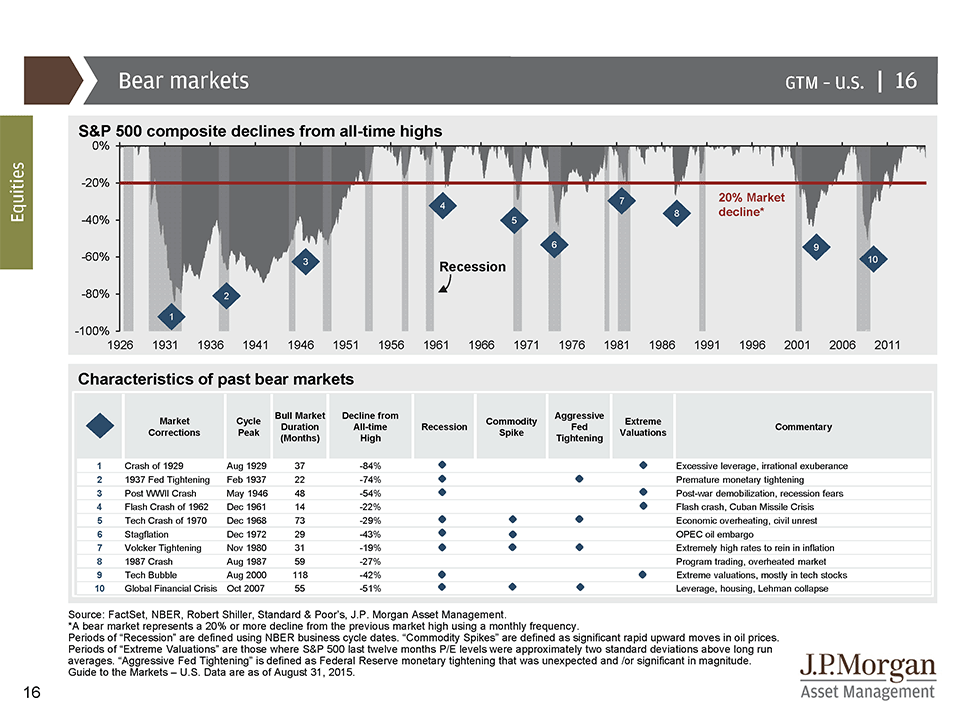 In the short run (less than a year), markets go up and down and can seem like they are as likely to go up 20% as down 10%.  However, over a very long period of time, the market has trended up.  Over intermediate periods of time, the market has trended up or been a sideways market.  A sideways market is one where it oscillates with no clear trend.   The graph below illustrates its better that our memory of the dot com bust and 2008 financial crisis.

The lack of a downward trend in the intermediate term (5-10 years) is one of the major causes of market timing to fail in my opinion vs traditional asset allocation.  In an flat market, re-balancing a portfolio to the asset allocation model will generate a modest return even when the market is relatively flat.  Marking timing a bear market and missing it during a flat market only locks in your loss, then you typically get comfortable to buy right before the next drop.  In my opinion, that is why the average investor has barely beat inflation over the past 20 years. 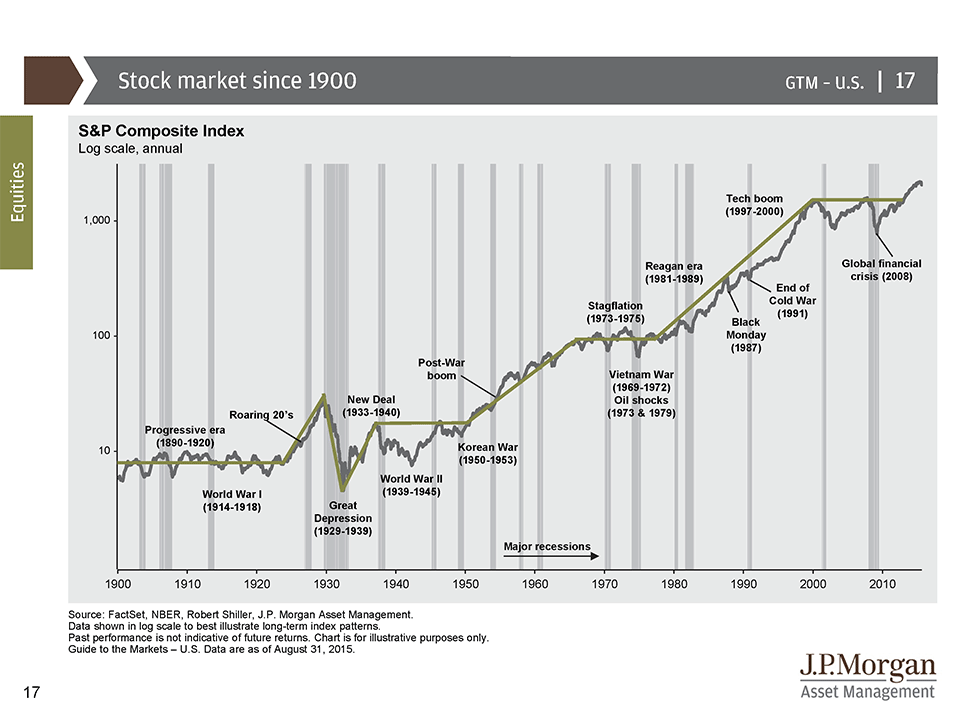 Please note that I am not a perma bull that thinks the market will always go up and always get double digit returns.  However, I firmly believe when investing in intermediate and longer time periods it’s important to look at these facts and realize that bear markets are a “cost of investing” because that is the risk of investing.  Further, we need to look at information and reasons we hear in the financial media to see if it makes sense and is a legitimate concern.  Currently, I do not see major red flags for a huge bear market.  That being said, bear markets are rarely correctly forecasted and the same people rarely are correct without several false positives in between. 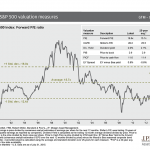