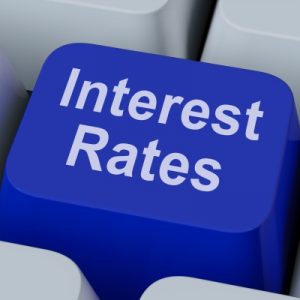 The Federal Reserve chose to keep rates steady at 0.25%.   The Federal Reserve has telegraphed a rate hike for a couple years now preparing investors.  The Fed has kept its message pretty simple.  When it feels the economy is strong enough, it will raise rates.

Does That Mean That The Fed Doesn’t Think The Economy Can Handle a Rate Hike?

Yes and no.  In my opinion, the Economy both domestically and globally is not on as firm of ground as the Fed anticipated.  Having come out of a financial crisis in 2008, the Fed has also indicated that they are much more comfortable fighting inflation than deflation.  Their preference appears to be they would rather raise rates a little too late than too early.  The Federal Reserve has a long history of using interest rates to fight inflation.  To be honest, fighting deflation during the financial crisis had very little experience to rely on and involved several more controversial measures such as QE (and all the version of it).  Chairman Ben Bernanke face immense criticism primarily because there was no playbook for monetary policy that was proven after rates were lowered.

Will the Fed Raise Rates in October or December?

In my opinion, the primary factor will be how comfortable the Fed is with the economy.  I would also be hesitant to take to much of what the Fed is saying right now.  The Fed does not want the market to think rates will stay low for a prolonged period of time.  If the Fed signaled that, investors would increase their risk taking.  The Fed prefers at this point to have us investors think a rate hike is around the corner and when or if the economic data comes in weaker than expected, the Fed can delay what most investors have come to expect, the “inevitable” hike.

Anything New or Unique is this most Recent Fed Meeting?

While it should not be to big of a surprise to most investors, the Fed indicated while evaluating the U.S. economy that it also looks a the global economy.  The Fed basically said the were concerned the weakness is the Global Economy could spread to the U.S.  So part of the evaluation of the U.S. economy was how vulnerable the U.S. economy would be with a rate hike versus the remainder of the world.  This fact should not be too surprising.  The rest of the world has slowed down and many countries have devalued their currencies.  The devaluation causes the dollar to strengthen as we have seen.  Usually, a rate hike will also cause the currency to strengthen.  The Fed may have been looking at how much the Dollar has strengthened and adding adding pressure of another rate hike, may have caused them pause.

Going forward, it does appear that the Fed will be unlikely to raise rates on the U.S. economy unless either the U.S. economy strengthens further or even just the Global economy strengthens.  Absent both improving, we may be waiting longer for a rate hike.  Further, I would expect a more “global” Fed going forward.  While the mandate is specifically domestic in nature, I do expect to see the Fed looking globally for clues as our economies become more intertwined.

What Should Be My Takeaway?

A see a couple things important for investors to understand:

1) Predicting interest rates over the short term is very difficult.  Most experts were predicting a hike by this past June and we may not even see on in 2015 at all.

2) If there is a hike, that likely means the economy is on firm footing or that the global economy is stronger.  Our domestic and foreign stock returns would likely reflect this strength with good returns.

3) If the global economy continues to weaken or if the U.S. economy starts to weaken, our stock portfolios will likely suffer.  However, the Fed will be unlikely to raise rates and our bond portfolios would likely do well.

For these reasons, we invest in bonds and stocks and their complimentary nature allows us to build risk adjusted portfolios that match our goals.   Further, market timing of the stock market and the bond market is very difficult so we continue to rely on our diversified portfolios to weather either potential outcome.

** The information on this website is intended only for informational purposes. Investors should not act upon any of the information here without performing their own due diligence. Reh Wealth Advisor clients should discuss with their advisor if any action is appropriate.

Image by Stuart Miles at FreeDigitalPhotos.net